After opening a gallery, the Atelier Jacob, in Paris 1972 and 1982, l’Atelier Jacob, Alain Bourbonnais decided to create, with his wife Caroline, a museum he called "La Fabuloserie".It is composed of a “museum-house” in which over a thousand works are exhibited, ranging from the drawings by Yanko Domsic to the “bourrages” (characters made of stuffed body stockings) by Francis Marshall, and the amazing series of “Turbulents” by Alain Bourbonnais himself. An open-air museum, called “the inhabited garden”, displays the sculptures of “habitants-paysagistes” (inhabitants/landscape-artists): : Camille Vidal, Jules Damloup, , Jean Bertholle’s weather vanes and Petit Pierre with his astonishing “manège” (merry-go-round).

Throughout his life as a creator, and even more as a collector, architect Alain Bourbonnais questioned himself on the best way to present his collection. In the mid- 70, wishing to create, a setting for his collection of works all akin to art brut, he decided to find a place that could give evidence of the out-of-the-norm specificity of the works in his collection.
which had so far remained outside the art network of galleries and museums. The term “museum-house” immediately suggests the anti-establishment character of the place which Dubuffet qualified as “decentralized anti-Beaubourg”, and “strong citadel of marginal art”. 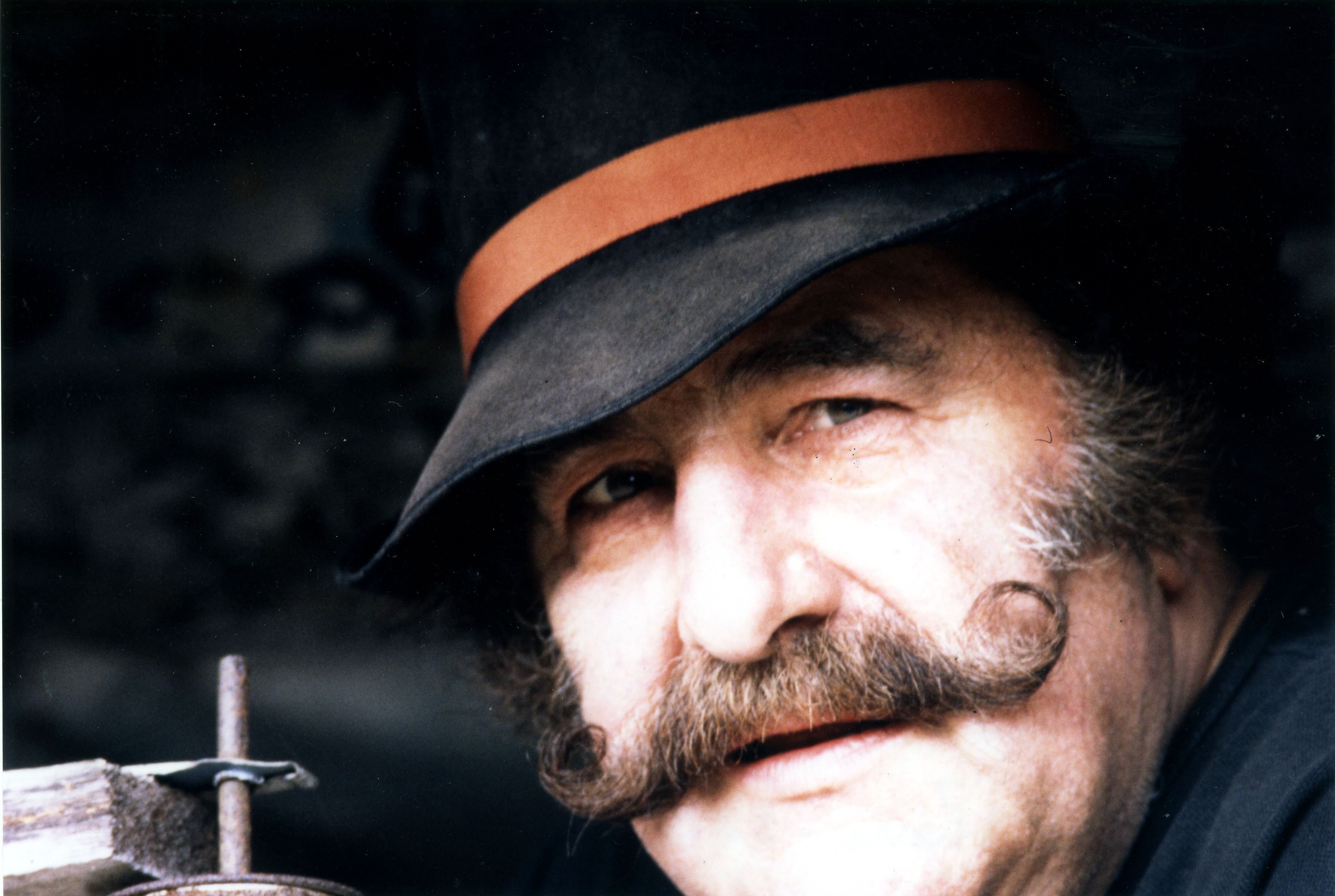 Chief architect for civic buildings and national palaces, Alain Bourbonnais (1925 – 1988) won several public competitions between the end of the fifties and the beginning of the 1980. During all those years, he continued to paint and engrave, he started in 1970 devoting himself to Turbulents, and , collecting hors-les-normes art works.

In 1973, André Laude, the critic, commented upon Alain Bourbonnais’s poly-activity : ”For a long time now, Bourbonnais has been pretending, for a few hours a week , to be there, in the large rooms of his architect agency in rue Bonaparte in Paris. As solemn as a judge, he draws up plans, uses damned technical words, and listens to the songs of bulldozers. But every week-end, a few kilometers away, he gets back to his realm. There, in this Capernaum, this caravanserai, a glittering bric-a-brac reigns supreme. ”

Among the many facets of Alain Bourbonnais, the fuzziest one was that of the creator. It was essential, though. As a counterpoint to his hectic life as an architect, creating led him to collect the works of hors-les-normes artists. Progressively, collecting prevailed for him over being an architect. 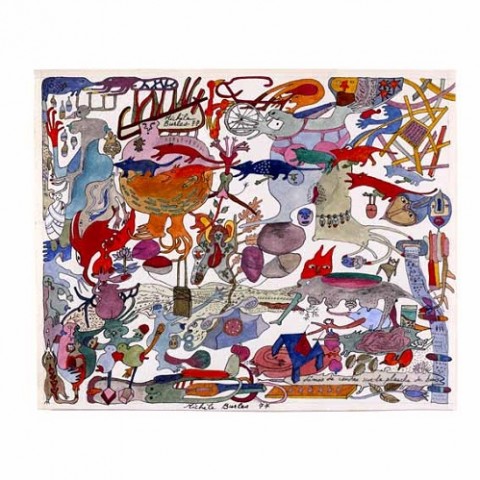 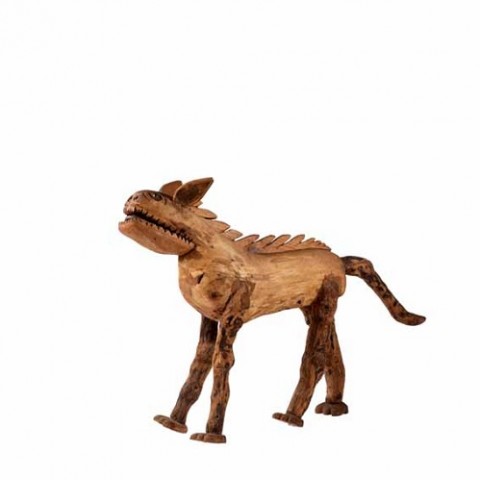 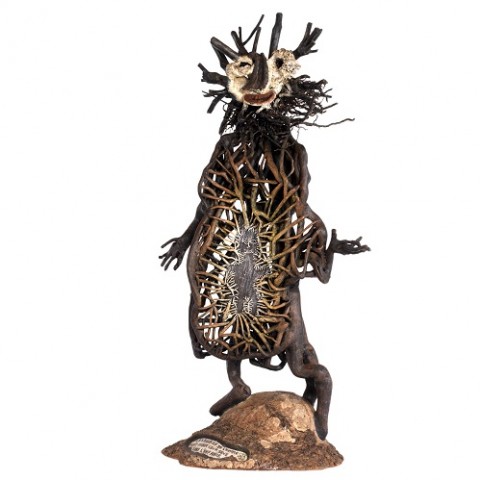 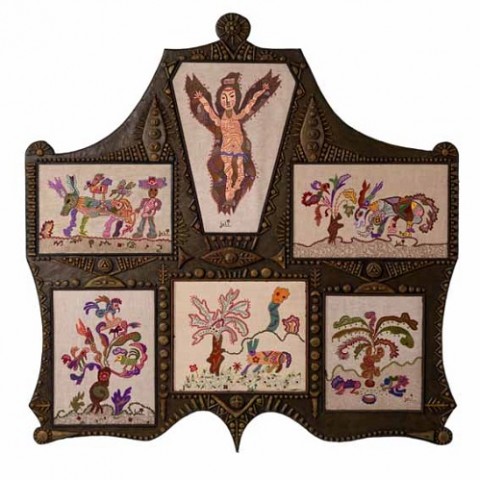 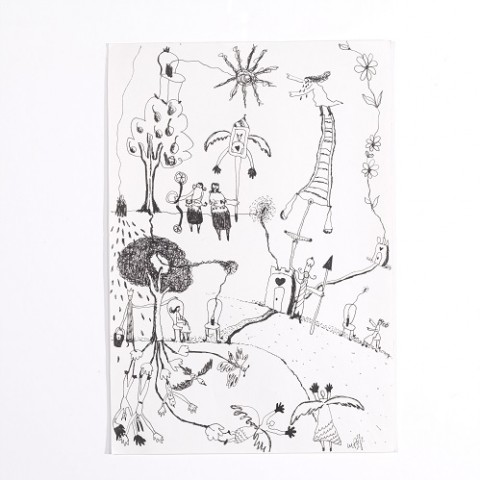 The hanging of the permanent collection, is carefully adapted to the layout of the museum and regularly renewed. . The temporary exhibitions organised at La Fabuloserie or in other places, whether they be thematic or monographic, permit to shed new lights on the collection while making it better known, in France and abroad.

As soon as 1978, Alain Bourbonnais personally supports and celebrates hors-les-normes creation at the Les Singuliers de l’art exhibition shown at the ARC2 in Paris. Since then, between the walls, outside the walls, several exhibitions have taken place at La Fabuloserie or outside it.